On August 1, 2020, in Belgorod, construction work was completed on the sections of Student-Kalinina and Sumskaya-Chicherina streets. The importance of this event lies in the fact that the construction of the bridge took place in record time. In just a few months, large-scale work was carried out, which previously took three times more time. An intersection with a traffic light appeared in the place of the ring, and a road passes at the top. Residents of Belgorod use the Studencheskaya-Kalinina section to move around the city, to work, study. This place has always been congested. Traffic jams were observed for many hours. In such a complex rhythm, it is difficult to avoid accidents. To minimize road accidents and unload roads, it was decided to build a four-span overpass. Now, instead of a ring, there is a traffic light intersection at the bottom and a two-lane road at the top. This solution will help increase the throughput of the site. This is not all the work carried out on the sites. Redeveloped communication lines, power lines, outdoor lighting. The luminaires of the production company «RADUGA – Technology» of Light were installed on the bridge. The Russian manufacturer produces equipment for architectural and artistic buildings and structures. Luminaires and floodlights are designed to work in extreme conditions, therefore they show high efficiency and productivity. 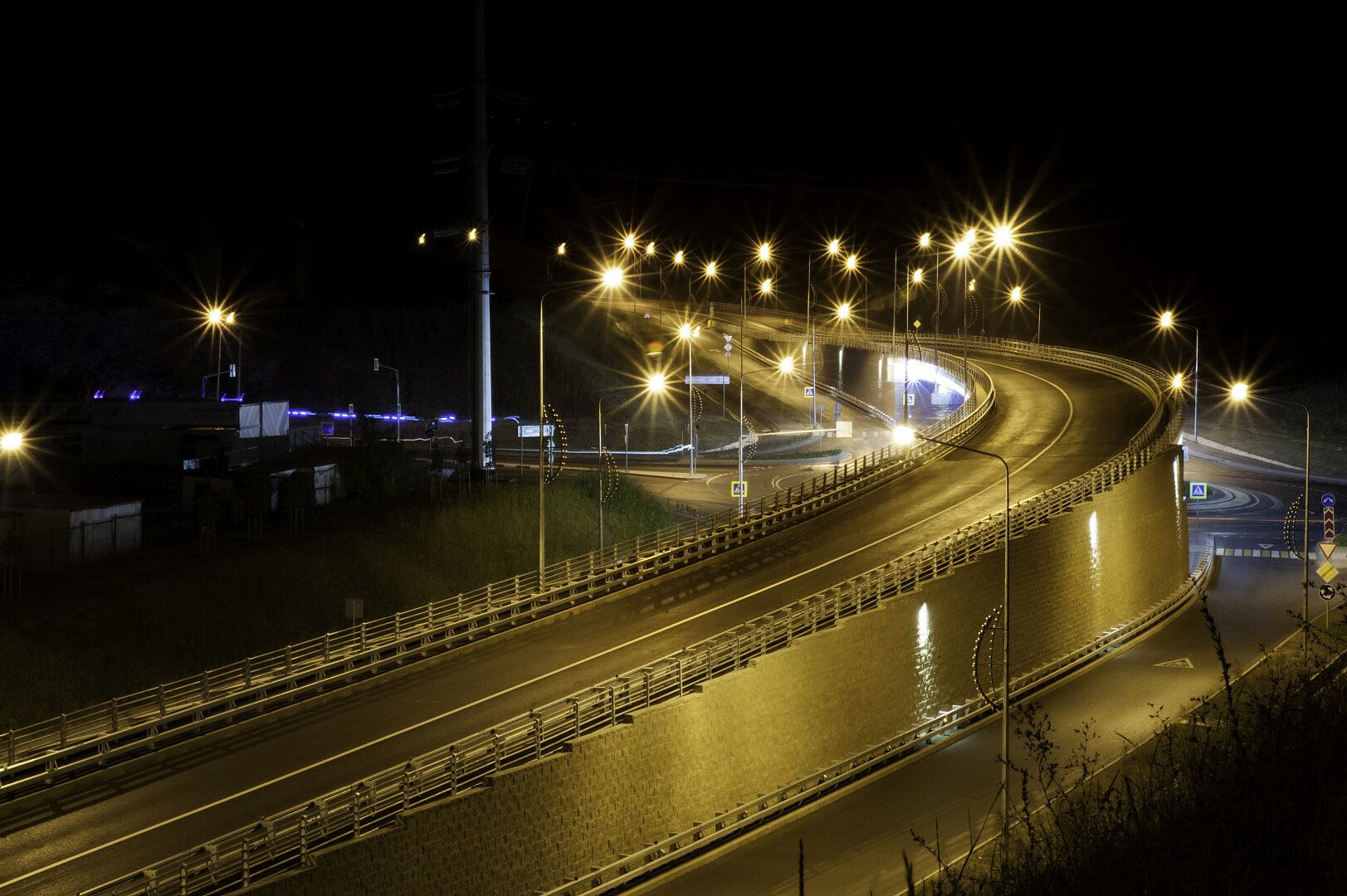 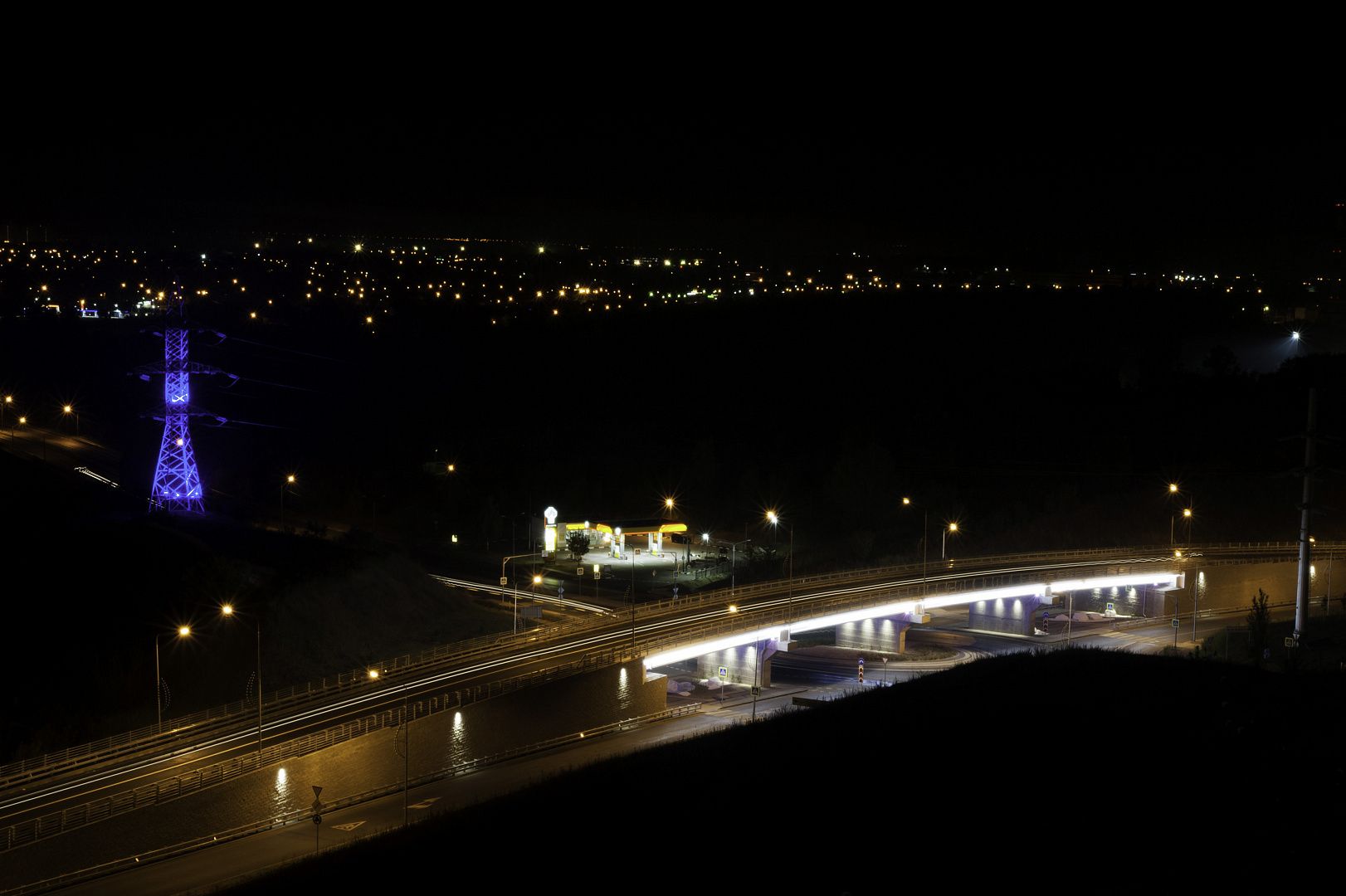 Why lighting on the road

Before opening a traffic intersection, engineers and architects thought about lighting the road at any time. It was necessary to take into account the visibility not only in the dark, but also during rains, snowfalls, fog, etc. Architectural lighting was also discussed. The company «RADUGA – Light Technology» was chosen as the supplier of lighting equipment, which offers quality products that compete with European suppliers.

What ideas were suggested:

Flood and soft lighting for the pedestrian area; the angle of incidence of light for the roadway was calculated. As a result, floodlights and linear luminaires were selected that were consistent with the norms and individual needs of the project.

What lighting fixtures were used:

To illuminate the traffic intersection, 240 linear RAD-L-Mu-12 lamps were used. Their luminous efficiency is determined by indicators of 60 lm/W in RGB/RGBW spectra and 110Lm/W in static. The equipment is lightweight. Thanks to IP65, the luminaire works perfectly in various climatic conditions from – 45 ° ... + 55 °. RGB and RGBW luminaires are controlled by DMX512 protocol, which allows to create interesting dynamic lighting and bring any ideas to life.

Ninety-two LED spotlights RAD-S-CIS-18 were included in the traffic junction. They are used for flood lighting and highlighting large façade elements. These are representatives of the most powerful spots, which belong to the RAD-S-CIS line. The IP67 protection level allows the spotlights to work even with sudden surges in electricity and temperature from – 45 to + 55 degrees. Luminous efficiency is reflected at 140 lm/W in static.

The company «RADUGA – Technology of Light» participates in many projects in Russia, the CIS and foreign countries, providing high-quality architectural and artistic lighting for enterprises and offices, cultural and entertainment centers, historical buildings and cultural sites, residential buildings, restaurants and hotels, shopping centers.