We are convinced that with the help of interesting lighting, virtually any building can be turned into an object of art. Even a seemingly ordinary provincial school. Although, our object was not quite ordinary.

The essence of the object

In 2018, we were approached with an interesting project – it was necessary to supply equipment for a boarding school located in a town called Gyda. Most likely, this is the first time you hear this name, so few details.

Gyda is the northernmost settlement of the Tazovsky District of the Yamalo-Nenets Autonomous Okrug. This is a village and a marina in one of the least explored regions of the Far North, where in winter frosts are up to 30 degrees and below. 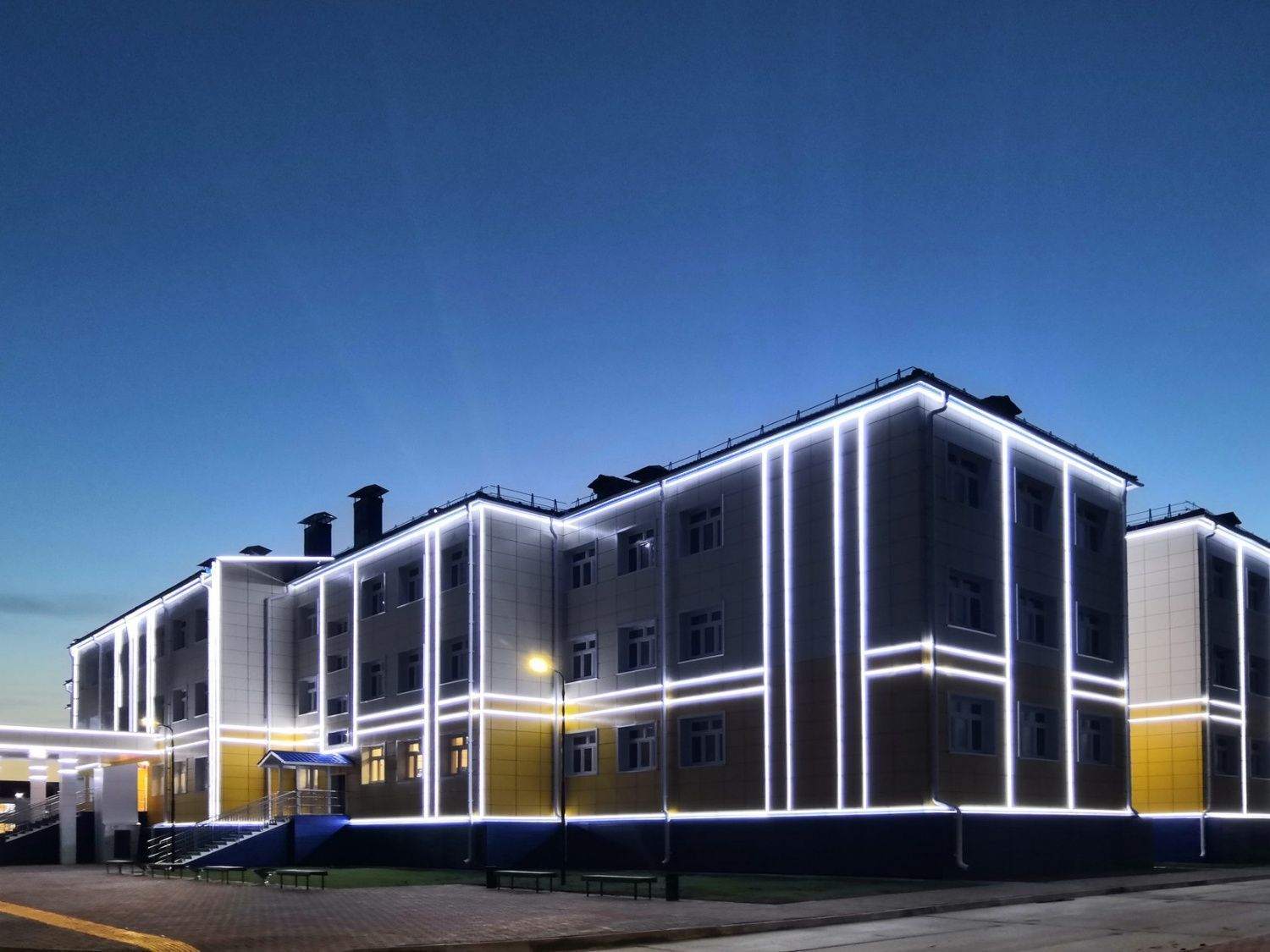 There is the only secondary general education boarding school in the district, under the roof of which children from all over the Tazovsky district study and live. The history of the school dates back to the 30s of the 20th century. The village of Gyda is located 380 km from the regional center. You can get there only by helicopter.

The project was implemented using RADUGA outdoor lighting equipment. The object is located in an aggressive climatic environment, materials of the arctic design were used. Installation work was carried out by the forces of the customer. All lighting is done in cold white, in the spirit of the climatic conditions of the north where the school is located. Facade contour lighting was realized with 2400 RAD-L-MuU-12 profiles with a total power of 27 kW. It frames the school's entire perimeter, highlighting the edges of the building and creating a dynamic, geometric pattern. High-quality RADUGA equipment can easily withstand large drops in temperature (-50 °C) in a harsh northern climate and ensures reliable operation without interruption in any weather.