Shopping and entertainment complexes are open non-stop for twelve hours. On sites of this scale, there is a huge number of all kinds of cafes, restaurants, shops, places for entertainment, and more.

External lighting of the facade of such a complex plays an important role. Every day the shopping mall is visited by thousands of people – this is an impressive traffic, which can really be increased thanks to the correct lighting. She, as part of the design, works to attract people and create an overall image of the complex.

One of the main tasks facing the development of the lighting concept is that the shopping and entertainment complex must look bright and attractive in the eyes of visitors. But without fanaticism.

Lighting should attract attention and complement the overall architecture of the building. And as a result, work to increase attendance. Moreover, the complex is located in the middle of a transport hub connecting the whole of New Moscow. 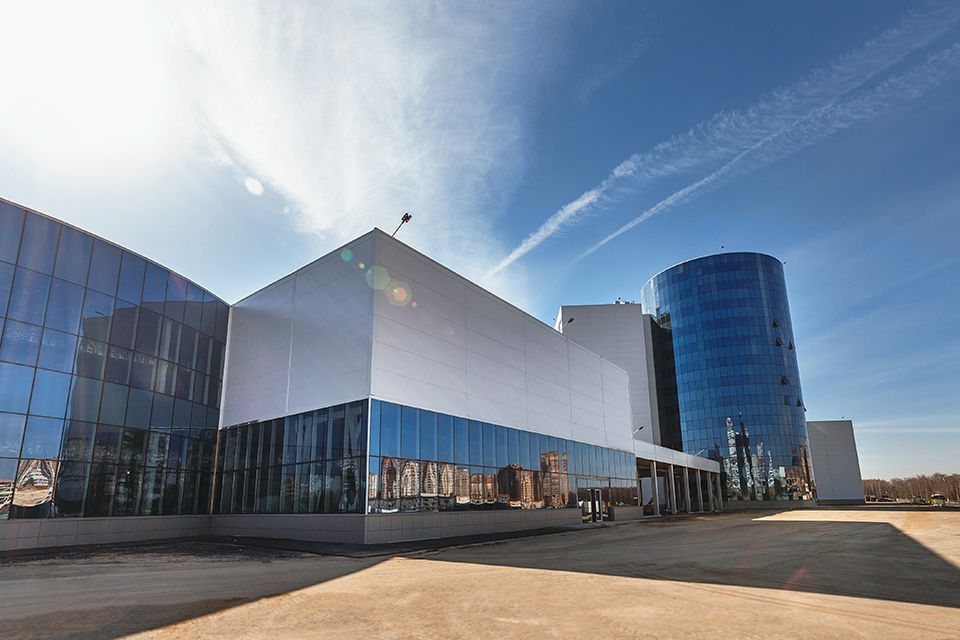 The final design project provided for the orderly placement of the following structures on the shopping center building – volumetric light letters on the facade of the building, light boxes on the facade of the building, roof installations indicating the brand name of the Novomoskovsky complex in the form of volumetric light letters on the side of two facades. All information structures have internal LED lighting.

Implementation: how it was

Work has already begun in the commissioned shopping mall. The project was implemented on RADUGA equipment, which we prepared in the shortest possible time. During the work, we interacted with the design organization, providing the necessary technical information. It is in our interests for the customer to be as satisfied as possible with the result. We always have an individual approach to each project and are focused only on a good result. In our work we used the most modern LED dynamic equipment. In the course of technical work, six boards of architectural and artistic lighting were installed on the roof of several buildings of the shopping center. Lighting of the building was realized on LED modules («pixels»), which are fixed on the facades of the building. More than 7000 «pixels» were used in total. It was also very important not to damage the finished facade of the building – one of the «pitfalls» in the implementation of this project. In this connection, a special system of attaching «pixels» to the facade was developed, which excludes damage to the facade elements.

Novomoskovskiy has become a bright and interesting spot on the map of New Moscow. The lighting concept gave the building an unforgettable appeal and made it the main decoration of the city at night!