The development of lighting solutions for buildings of old architecture is a separate interesting topic. After all, these buildings arose a century or more ago, when they did not have the slightest idea about LEDs. Because here the problem of a special approach in terms of lighting immediately arises.

At a minimum, it should not be chosen from the general style and spoil the appearance of the object, but as a maximum, it should emphasize the advantages and architectural features of the building. In such works, light harmony is very important. Beautiful lighting is no doubt a way to give a building new life and personality.

Four-story building on the street. Ostozhenka 37/7 was built in 1901 for the Moscow Council of Orphanages. There were stored and sold things donated to the council. The building has a not quite typical appearance – it is «narrow», executed in style, with a blank side facade. The building is also known for its interesting graffiti «Turgenev is on vacation». The building is located in the city center. Every day on the street, dozens, maybe hundreds of tourists who came to see the capital are passing through Ostozhenka. Our object is part of the city's face and should attract attention not only during the day, but also at night. 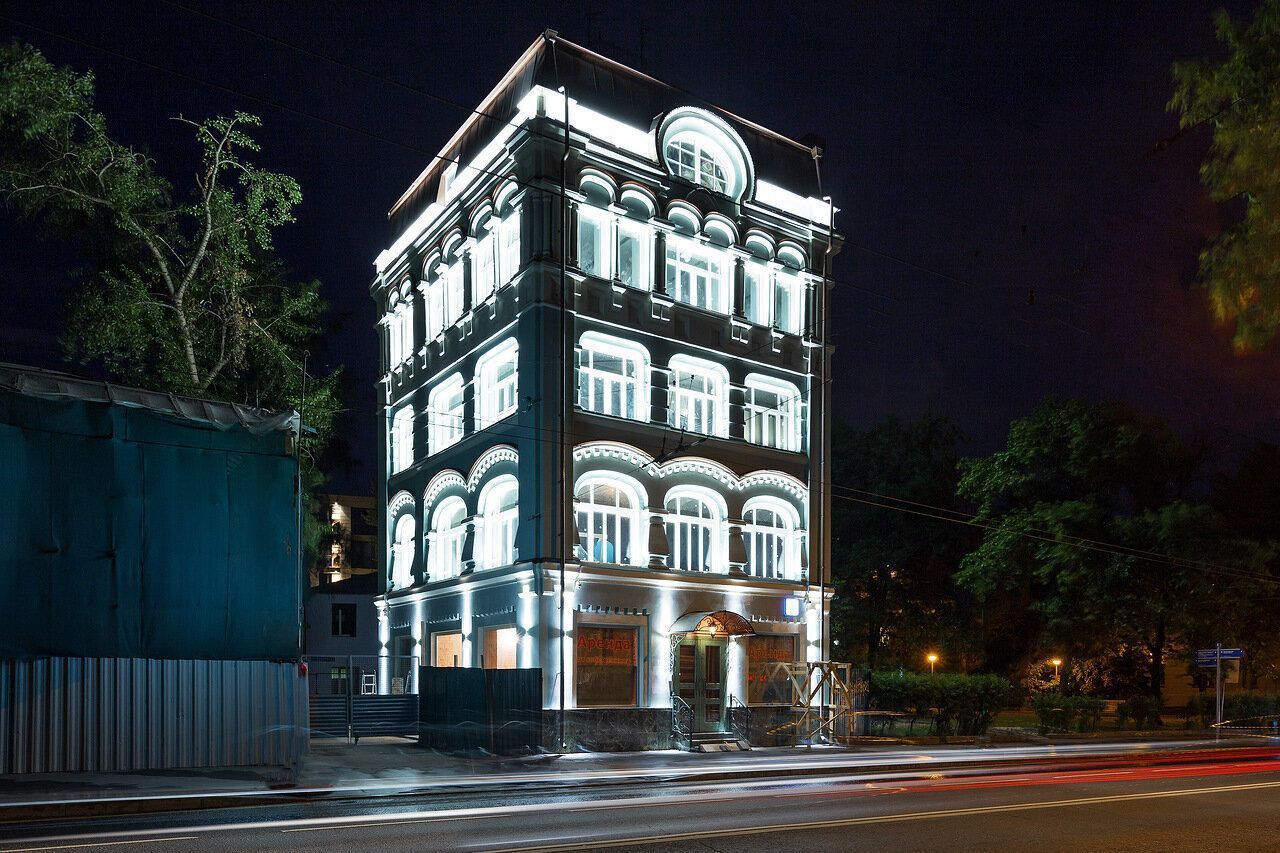 Implementation: how it was

First of all, the task was to interestingly emphasize the beautiful shape of the windows on the left facade and the facade facing the street. They are the ones that best come into view. It was decided to use a classic cold lighting in order to successfully shade the light green color of the building. It was important to correctly position the lamps. Having considered different options, as a result of stopping at the following:

This project was fully implemented on RADUGA LED equipment and was commissioned in the fall of 2016. Our task was to give this building with an interesting history a new life and help not to get lost against the general background of one of the central streets of the capital. In our opinion, thanks to the correctly selected equipment, it was possible to favorably distinguish the architectural pattern and highlight it due to the correct lighting. We used our RAD-L-St-36 linear profiles and RAD-S-Tw-2 × 9 bidirectional floodlights in the work. Some of the profiles were installed on sinks under the windows, and the other was mounted on the ground floor. All work was carried out with the utmost care so as not to harm the architectural monument.