Most of the factories and factories are now being moved outside the city limits, but their former buildings are not empty. They are actively being transformed and used for business centers, shopping areas and more. This is not surprising. Such objects, as a rule, not only have an advantageous location, but also have a memorable appearance.

In Vladimir, there is a building of a former distillery, built before the revolution, in 1901. This is the first and largest plant in the city and a real monument of industrial architecture of the late 19th – early 20th centuries. The building is made of red brick, close to the rational style, without any additional decoration.

The object was in an unsatisfactory condition for a long time. In 2015, the building became the property of the Federal Treasury for the Vladimir Region, which acquired it for a backup data center. At the same time, work began on the reconstruction of the plant and the design of the territory around it. The brick façade was completely renovated and it was decided to complement it with suitable LED lighting. It is always interesting to choose lighting for old architectural buildings. This is a real piece of art. But, moreover, there is a double responsibility – the illumination should not take on unnecessary attention and harm the general appearance of the building. Plus, the facade itself should not be damaged. 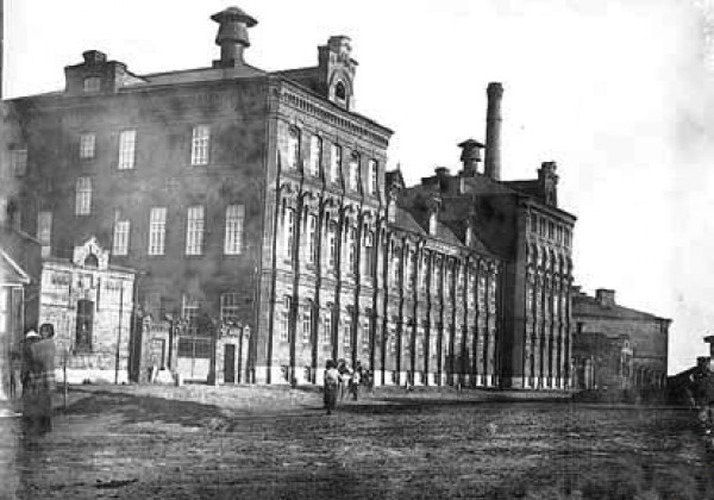 We, as a manufacturer, were very pleased that RADUGA equipment was chosen to illuminate one of Vladimir's iconic buildings. To illuminate the factory, it was decided to apply accent lighting using our RAD-S-Tw-2*9 and RAD-S-Tw-2*18 bi-directional LED spotlight. They are placed along the entire façade and illuminate the building's details with an even white light. Accent lighting perfectly emphasized the shape and style of the old building. The entire cycle of restoration work was completed in 2016 and the renovated building of the plant was presented to the city. Now one of the oldest enterprises in Russia has a decent design and has become one of the decorations of the night Vladimir.